In order to understand the current ownership of NEL it is useful to delve into a bit of history.

The first public supply of electricity in Nelson commenced in 1923 from the Power House on Wakefield Quay - a steam power generation station. This supplied the city at 3,300 volts. The supply from Power House continued as the only public supply until 1944, when the Cobb Hydro Station was commissioned; supplying the whole Top of the South region, and the Nelson city area was slowly converted to the 11kV network. The Power House continued to operate until 1964 at which stage the last of the 3,300 volt supply was banished from the city. Since then transmission lines have been erected to link the Top of the South with the hydro generation in the lower South Island.

In accord with the provisions of the Energy Companies Act 1992, which required that all electricity authorities became commercial companies, the NCC formed the company Nelson Electricity Limited, of which it owned 100% of the shares.

In 1996, the Nelson City Council sold 50% of its shares in NEL to Network Tasman (then known as Tasman Energy) and the other 50% to Marlborough Lines (then known as Marlborough Electric). Although the ownership of NEL changed, the existing lease with Citipower remained and they continued to manage and operate the assets of NEL.

Today NEL is governed by a Board of Directors, which is made up of two representatives from Network Tasman, two from Marlborough Lines and an independent Chairman.

Day to day operations of the company are managed by a small management team and all maintenance and capital work is outsourced to approved contractors. 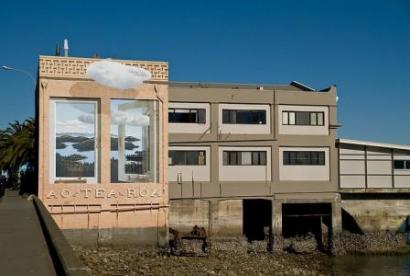 The Powerhouse on Wakefield Quay